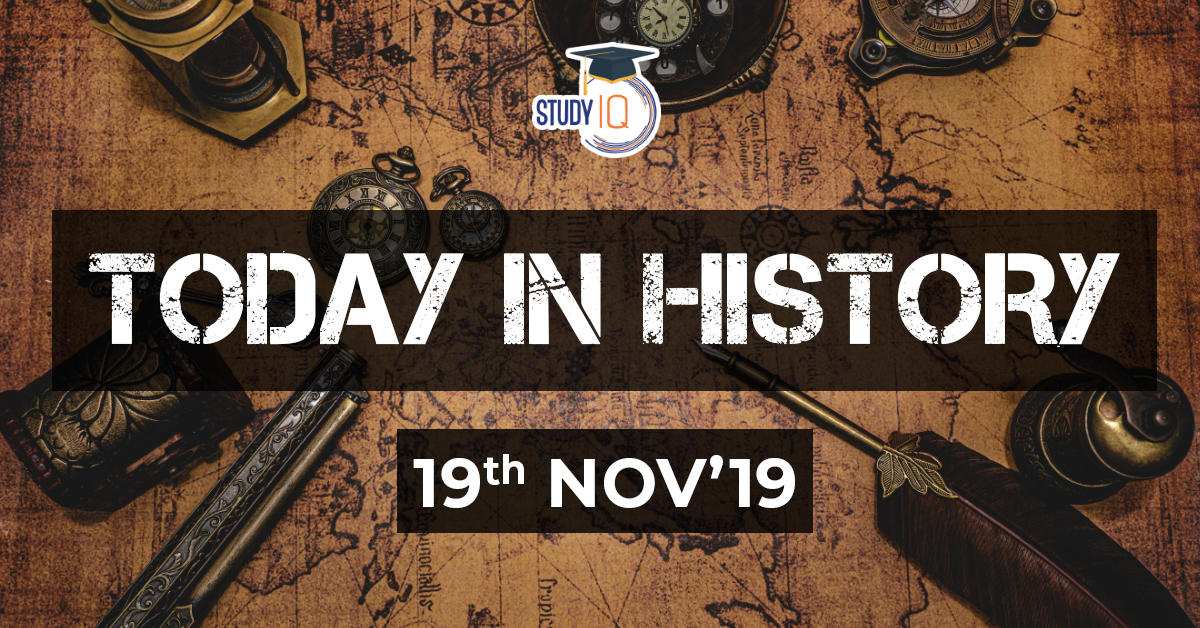 Find out what happened on the 19th of November in History. There are a lot many happenings which had taken place on this date in the pages of Indian History, here we have listed some of the very important events occur 19th of November

Lakshmi Bai, the Rani of Jhansi (c.19 November 1835 – 17 June 1858) was the queen of the Maratha-ruled princely state of Jhansi, situated in the north-central part of India. She was one of the leading figures of the Indian Rebellion of 1857 and a symbol of resistance to the rule of the British East India Company in the subcontinent.

Zeenat Aman (born 19 November 1951) is an Indian actress who has appeared in Hindi films, notably in the 1970s and 1980s. She was the second runner up in the Miss India Contest and went on to win the Miss Asia Pacific in 1970.

Sushmita Sen (born 19 November, 1975) A former model and beauty pageant titleholder. She was crowned as the winner of Miss Universe 1994 . by outgoing titleholder Dayanara Torres of Puerto Rico at the 43rd edition of the Miss Universe Pageant held at the Philippine International Convention Center, in Manila, Philippines on May 20, 1994.

Shakeela (born 19 November 1973) is an Indian pornographic actress. She mostly acted in film industries of Malayalam, Tamil, Telugu, Punjabi, and Kannada languages. She started out as an actor in B-grade movies in the early 1990s. Later she moved to Chennai seeking a career in South Indian film industry.

Death Anniversaries on 19th of November

M. N. Nambiar (5 March 1919 – 19 November 2008), born Manjeri Narayanan Nambiar, was a film actor in Tamil cinema and had been in the film industry for more than 50 years. Born on 7 March 1919 to Kelu Nambiar and Lakshmi in Cherupazhassi village, Kannur in a Nambiar family of North Malabar a descendent of Pazhassi Raja family.

Titumir (1782 – 1831) was a rebel against the Zamindars and British colonial system in 19th century Bengal, a part of British India. He rebelled against them and put up an armed resistance. Along with his followers, he built a Bamboo fort (Bansher-Kella in Bengali) which passed into Bengali folk legend.

Sir Basil Urwin Spence, OM, OBE, RA (13 August 1907 – 19 November 1976) was a Scottish architect, most notably associated with Coventry Cathedral in England and the Beehive in New Zealand, but also responsible for numerous other buildings in the Modernist/Brutalist style.

1962  Nehru asks more US aid as China drives into India in New Delhi.

1978 Gavaskar gets twin cricket tons for India for second time.