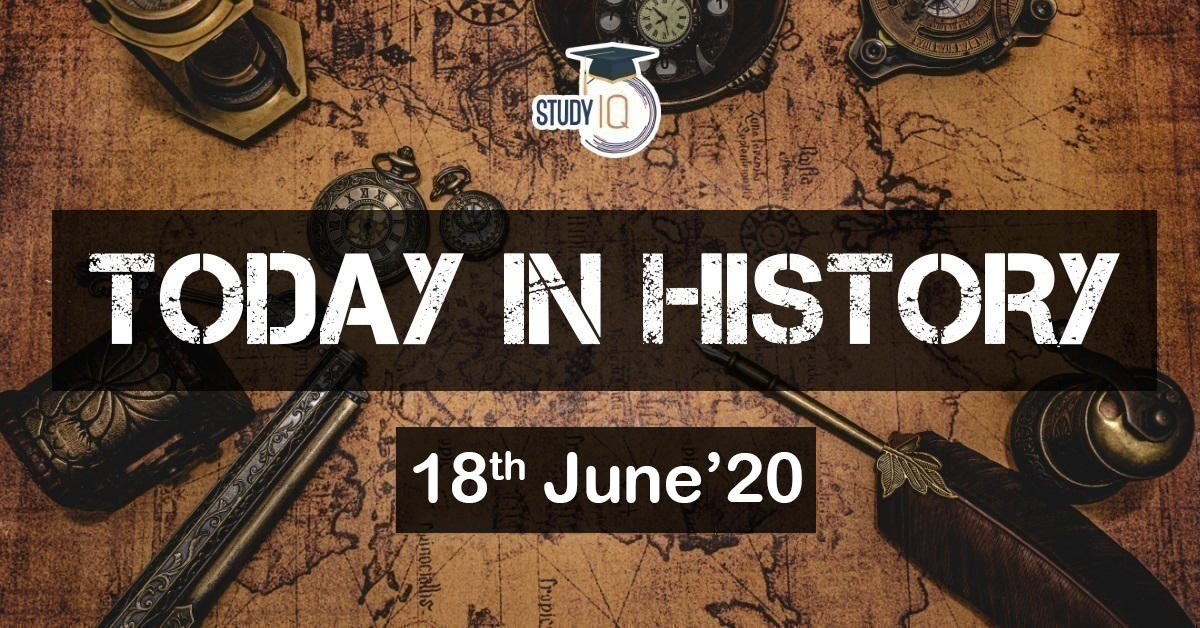 Find out what happened on the 18th of June in History. There are a lot many happenings which had taken place on this date in the pages of Indian History, here we have listed some of the very important events occur 18th of June

Dr. Anugrah Narayan Sinha (18 June 1887 – 5 July 1957), known as Bihar Vibhuti, was an Indian nationalist statesman, participant in Champaran Satyagraha, Gandhian & one of the architects of modern Bihar.
Kuppahalli Sitaramayya Sudarshan (born June 18, 1931) was the former sarsanghachalak (2000-2009) of the Rashtriya Swayamsevak Sangh (RSS), a Hindu nationalist organisation which is said to be devoted to social welfare.
Ansiba Hassan is a Malayalam actress , television anchor and dancer. Her first role was in the 2013 Tamil film Paranjothi, directed by Gobu Balaji. Her popularity grew as a result of her appearance in Jeethu Joseph’s 2013 hit Malayalam movie Drishyam
Chaitra H. G. is a reputed playback singer from south India, daughter of H. S. Gopinath (a tabla player), and a renowned Hindustani classical vocalist. She is a Madhva Brahmin and holds a Bachelor of Engineering alongside being skilled at Gymnastics and Fencing.
Baljit Singh Dhillon (born June 18, 1973) is a field hockey midfielder from India, who made his international debut for the Men’s National Team in 1993 during the test serie against South Africa. Nicknamed Balli, Singh Dhillon represented his native country at three consecutive Summer Olympics, starting in 1996