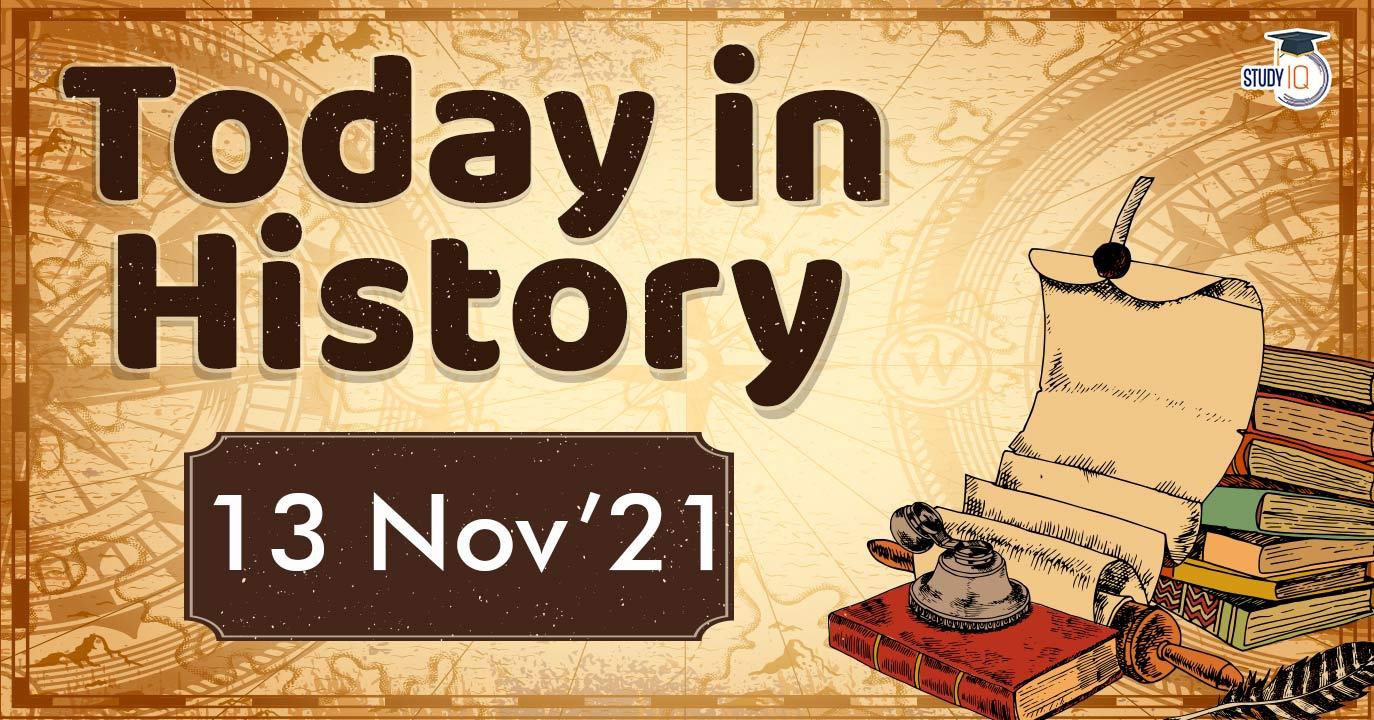 Find out what happened on the 13th of November in History. There are a lot many happenings which had taken place on this date in the pages of Indian History, here we have listed some of the very important events occur 13th of November

Juhi Chawla (born 13 November 1967) is an Indian actress, voice actress, film producer and television presenter. After being crowned as the winner of the Miss India beauty contest in 1984, Chawla pursued an acting career. She went on to become one of the top leading actresses of Bollywood and starred in films ranging from the romances Qayamat Se Qayamat Tak (1988).

Pulapaka Susheela (born November 13, 1935 in Andhra Pradesh) is an Indian playback singer. A recipient of 5 National Awards and numerous state awards, Susheela is widely acclaimed as a singer and is well known for her mellifluous vocal performances for thousands of film songs across South Indian languages.

Nikita Dutta (born 13 November 1990) is an Indian Actress. She was one of the finalists of Femina Miss India 2012. She made her Bollywood debut with the film Lekar Hum Deewana Dil where she played a supporting role. She made her television debut with the show Dream Girl.

Sahibzada Iskander Ali Mirza ( 13 November 1899 – 13 November 1969), CIE, OSS, OBE, was an East Pakistani bureaucrat and Pakistan army officer who served as the first President of Pakistan, elected in this capacity in 1956 until being dismissed by his appointed army commander General Ayub Khan in 1958.Mirza was educated at the University of Mumbai before attending the military college in Sandhurst in the United Kingdom.

Harman Baweja (born 13 November 1980) is an Indian actor. He debuted in Bollywood with Love Story 2050. Harman Baweja was born to art director Harry Baweja and producer Pammi Baweja. He attended Kishore Namit Kapoor’s Acting Institute and then the University of California, Los Angeles.

1935 Chandra Prakash Gupta, great educationist, was born at Gaini in UP.

1953 Richard Nixon, the US Vice President, arrives in New Delhi.

1999 A woman commits ‘sati’ in Satpura village in Mohaba district of Uttar Pradesh.