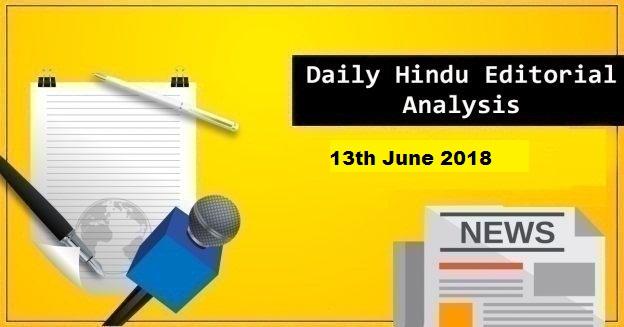  Trump and Kim have traversed a remarkable distance; they must build on it.

 There must be an inquiry into how allocations for organ transplants are made in Tamil Nadu
 In 2017, foreigners got about 25% of all heart transplants in the State and 33% of lung
transplants- People with kidney, liver, heart and lung failure to extend their lives.

 Heart and lung transplants are expensive and less widely available, compared with
kidney and liver procedures.
 State governments, which have responsibility for health care provision, are expected
to ensure that the organs that are altruistically donated by families of brain-dead
people are given to recipients ethically, and as mandated by law.
 The Transplant Authority of Tamil Nadu has served as a model for other States
 Organs go to the most suitable recipients on the rule based parameters
 Tamil Nadu offers a subsidy for poor patients for a liver transplant.
 Any inquiry into the allocation- Nothing should be done to erode the confidence
of the kin of brain-dead people who donate organs with no expectation of gain.

 When President Vladimir Putin decided to send Russian troops to Syria in September 2015,
the regime there of President Bashar al-Assad was on the brink of collapse.
 The Islamic State (IS) had already declared Raqqah in eastern Syria as its de facto capital.
 Rebels and jihadists had captured eastern Aleppo, Damascus suburbs, Eastern Ghouta
 Three years later, Mr. Assad is safe, while his regime has recaptured most of the
territories it lost in the early days of the war.
 A successful partnership- Both Russia and Iran have played a crucial role in this turnaround.
Though Russian air power was the most critical factor
 Iran-trained militias, including Lebanon’s Hezbollah, fought alongside the Syrian army
on the ground against the rebels and jihadists.

 Russians and Iranians had different goals in Syria- For Mr. Putin, the Syrian intervention
was a big gamble- bolster Russia’s position in West Asia (Syria hosts a Russian naval base
at Tartus) and send a message to his rivals in the West.
 Mr. Putin has achieved his immediate goal- But in the long run, he doesn’t want Russia
to get stuck in Syria, like the Soviet Union or the U.S. later got caught up in Afghanistan
 Iran does not want to lose its only ally in the region and a vital link with the Hezbollah.
 But in the long run, Iran wants to build permanent bases in Syria, stretching its military
influence from Tehran.
 Iran’s plan was to apply strategic pressure on Israel by building more military infrastructure
and deploying Shia militias closer towards the Israeli-occupied territories of Syria
 When the war was on in full swing, these apparent differences were played down.

 Some cracks- With the war winding down
 Crisis escalated despite Mr. Putin’s stance when Israel started directly attacking Iranian
positions within Syria.
 Interestingly, when the attack was under way, Israeli Prime Minister Benjamin Netanyahu
was in Moscow.
 He watched Russia’s Victory Day parade in Red Square
 In May, immediately after Mr. Trump pulled the U.S. out of the multilateral Iran
nuclear deal, Israel launched another major attack against Iranian target.
 Mr. Putin hasn’t done anything to defend his allies-The increasing crack May Mr. Putin called
for all foreign troops(Include Iran’s) to leave Syria once the war is over.
 Iran Said- it would remain in Syria “as long as the Syrian government wants Iran to help it”.

 Mr. Putin may be balancing his relations with several players for now to avoid a conflagration
 Tehran is Moscow’s ally and partner, but Russia either doesn’t want to or is not in a
position to defend Iran’s interests in Syria.
 This is the dilemma that confronts Mr. Putin: how he can restore Russia’s lost glory in the new
Cold War if he cannot even defend the interests of his partners in a country (Syria) where
he appears to be in control.

 Mandatory segregation and recycling of plastic waste must be implemented
 Toothbrush your Great grandfather used- is damaging the earth
 It’s lying somewhere in the earth,
 Floating in the ocean, or
 Been broken down into microparticles and in the food chain
 The best way to reduce plastic pollution is to reduce and phase out its consumption
 India’s Plastic Waste Management Rules (published in March 2016) called for a ban
on plastic bags below 50 micron thickness and a phasing out, within two years, of
the manufacture and sale.
 More than 20 Indian States have announced a ban on plastic bags.
 Cities such as Bengaluru announced a complete ban.

 The exceptions are plastic for export, packaging material for use in forestry, milk packets and
hospitals.
 Central Pollution Control Board (CPCB) report has said that this ban is barely effective
Citizens need to be aware of these rules, governments need to work with citizens
 Companies need to be held accountable in terms of their environmental and social responsibilities- We also need strategies to deal with the plastic
 India generates an estimated 16 lakh tonnes of plastic waste annually.
 If sold at the global average rate of 50 cents a kg- Generate a revenue of ₹5•600 crore a year.
 Why then is most of this waste around us? In order to realise the potential for recycling,
waste must first be segregated at source.
 This segregated waste should be then transported and treated separately.

 Waste collection systems based on extended producer responsibility (EPR) either through
their own distribution channels or with the local body concerned
 Instead, these companies can collectively implement EPR by geographically dividing a
region into zones and handle the waste generated in their designated zones.
 This strategy was used in Switzerland
 Canadian company monetises plastic waste in novel ways.
 It has one of the largest chains of waste plastic collection centres, where waste can be
exchanged for anything (from cash to medical insurance to cooking fuel).
 It is time we rethink, reduce, segregate and recycle every time we encounter a piece
of plastic so that it stops damaging our environment and our lives. 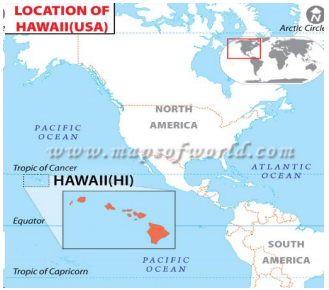