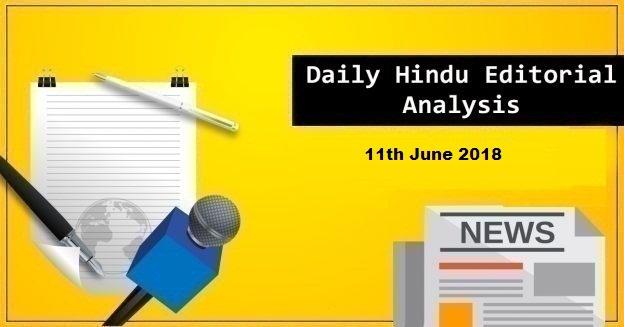 How serious is India’s bad loan problem? What is doing Government to resolve this problem?

 A committee to assess the idea of special asset reconstruction companies or asset management companies to take over bad loans from banks.
 The idea of a ‗bad bank‘ is not new- Chief Economic Adviser Arvind Subramanian had
suggested the creation of a Public Sector Asset Rehabilitation Agency (PARA) to deal
with what he described as India‘s ―festering twin balance sheet problem.
 A ‗bad bank‘ is not a magic bullet; tackling NPAs requires other structural reforms as well
 A professionally run PARA, or the so called ‗bad bank‘, could assume custody of the largest
and most difficult to resolve NPAs from lenders‘ balance sheets.
 This would allow banks to focus on extending fresh credit and supporting the pick-up
in growth- Could free bankers from the risks entailed in large loan.

 Setting up a new institution would be very time consuming and there would be challenges
on its ownership structure as well as the pricing of bad loans taken over from banks
 As former RBI Governor Raghuram Rajan had pointed out, a government owned bad bank
could still face scrutiny from the CAG and the Central Vigilance Commissioner
 One, amend the Prevention of Corruption Act to shield bankers and officers from
investigative witch hunts.
 Two, back bankers to take demonstrable action against wilful defaulters.
 Three, take a hard look at what ails the Insolvency and Bankruptcy Code.

 The Taliban vs Afghan troops provides a glimmer of hope
 Taliban‘s announcement of a three-day ceasefire with Afghan government troops for Eid, two
days after President Ashraf Ghani declared an unconditional week-long ceasefire, is a glimme
r of hope for a breakthrough in the long-struggling peace process.
 This is the first time the Taliban has announced a ceasefire in the 17 years since it was
removed from power in Kabul.
 In the past, Mr. Ghani‘s government had tried several times to reach out to the Taliban
 Government retains its grip on the more populated urban centres- The Taliban doesn‘t seem
to be in a position to capture power by overthrowing the government as long as the U.S.
 Afghan forces are unable to defeat or even check the Taliban‘s momentum in rural areas

 Fact that the government and the Taliban finally accepted a limited ceasefire suggests
that the appetite(भूख) for a political solution is now stronger.
 But a 3-day Taliban ceasefire will not necessarily set scene for a more productive  engagement.
 Serious bottlenecks — the Taliban insists that foreign troops
 The U.S. could put pressure on the Taliban through Pakistan to bring them to the table.
 If not, the war will carry on, with neither side gaining a decisive edge and leaving millions
of Afghans in unending misery.

 Time is now ripe(परिपक्व) for the government to create a data driven governance architecture
 When Artificial Intelligence is coupled with open data, a real paradigm shift begins.
 With choice and information-sharing now redefining consumer behaviour, every company is
looking to embrace or at least look like it is embracing the new paradigm of data-driven
innovation
 Privacy and consent ―Datafication‖ of businesses has also brought to the fore the criticality
of developing data management, storage and privacy laws.
 The European Union with its General Data Protection Regulation has been a front-runner
and other countries, including India
 Which includes deliberations with creators of data (the consumer) and users (corporates).

 Over 100 governments have already signed a charter to proactively share data collected by
various government departments, for public consumption.
 Fostering collaboration, enabling creative innovations and collective problem solving
 Unfortunately, the potential of this national asset is being grossly underutilised.
 For instance, availability of data on yearly produce of crops, soil data health cards and
meteorological data sets can help companies develop customised crop insurance
solutions with specific risk based pricing.
 Data points around progress in literacy rates, demographic data and density of educators can
help develop customised solutions for villages
 Research estimated that open data can add an additional 1.5% to the country‘s GDP.
 In the Indian context, this could conservatively translate to about $22 billion.

 Framework to address the current underlying execution gaps of Open Data project,
and believe it can help India achieve its stated objectives to double farmers‘ incomes by 2022
and provide universal health coverage and micro loans to micro, small and medium
enterprises among others.
 Setting up a comprehensive governance framework which includes an open data council
with cross sector representation to monitor, regulate and build usage after
proportionate oversight.
 The time is now ripe for the government to create a data-driven governance architecture
by building digital trust in the economy and its intent.

 Constitutional values are made subservient(अधीन) to political outcomes.
 The provisions of the 10th Schedule of the Constitution, meant to root out defection, are
now being misused to protect those who defect- The role of the Speaker is critical.
 Case studies- In Tamil Nadu
 Andhra Pradesh, Telangana, UP, Goa, Karnataka
 That is why the recommendations of the Sarkaria Commission, and later the Punchhi
Commission, had clear guidelines
 Many court verdicts, including the decision of the Supreme Court in S.R. Bommai v.
Union of India (1994), have lamented illegal dismissal of State governments on manipulated
recommendations of Governors at the bidding of the Union government.

 We need to address this aberration- Radical amendment in the law is one way out
 Need political consensus to combat subversion of democracy
 That is the toughest nut to crack. 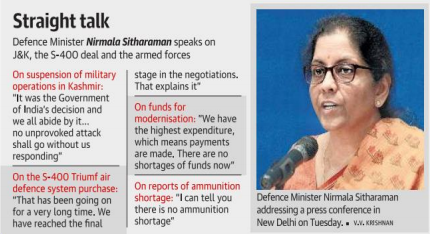